The 2019 report with topical links.

Each year, the National Cancer Institute at  NIH (National Institute of Health) produces a report on the status of cancer in the United States.

Here are a few highlights from the 2019 report: 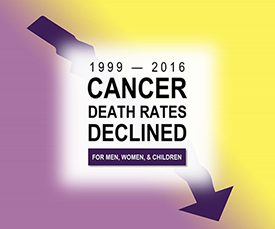 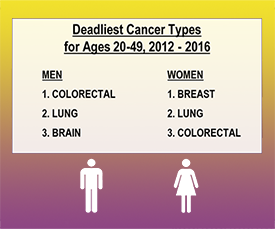 In this blog, giving back is an important topic. For example, see Giving Back to Whom? Volunteering and LOVING It. And Embarking on the Next Stage of Life. Now we look at giving back on Giving Thursday. IT’S NEVER TOO EARLY to give back.

To honest, until recently, I was not familiar with Giving Tuesday. After learning about, I think it’s a great idea. And one that encourages giving back.

According to its Web site:

“Giving Tuesday is a global day of giving fueled by the power of social media and collaboration. Celebrated on the Tuesday following Thanksgiving (in the U.S.) and the widely recognized shopping events Black Friday and Cyber Monday, Giving Tuesday kicks off the charitable season, when many focus on their holiday and end-of-year giving.”

Click the image to visit the site and learn more

Many of us have worked hard to reduce our caloric intake and improve our health. Both short-run and long-run. BUT, how many calories must we cut to see benefits? It depends on our weight at the time that we diet.

As reported by Samiha Khanna-Duke for Futurity.org:

“Adults already at a healthy weight or carrying just a few extra pounds, can benefit from cutting around 300 calories a day, new research shows.”

No excuses now not to hit the proper number of steps.

Interesting blog title, huh? 4,400 Steps Daily Are the New 10,000. To put this in context, consider that for years we have been told that a minimum of 10,000 steps per day are needed to be healthy. Yet, for many of us, this may not be a realistic goal. So, what do we do? Suppose that the 10,000-step figure is wrong.

According to new research, the proper minimum number may be as few as 4,400 steps daily.

As Allison Aubrey observes for NPR:

“There’s nothing magical about the number 10,000. In fact, the idea of walking at least 10,000 steps a day for health goes back decades to a marketing campaign launched in Japan to promote a pedometer. And, in subsequent years, it was adopted in the U.S. as a goal to promote good health. It’s often the default setting on fitness trackers, but what’s it really based on?”

“‘The original basis of the number was not scientifically determined,’ says researcher I-Min Lee of Brigham and Women’s Hospital. She was curious to know how many steps you need to take a day to maintain good health and live a long life, so she and her colleagues designed a study that included about 17,000 older women. Their average age was 72. The women all agreed to clip on wearable devices to track their steps as they went about their day-to-day activities.”

“So, if 10,000 steps has been feeling out of reach to you, it may be time reset those factory settings on your fitness tracker. Instead, try to hit at least 4,400 a day, along with daily activities that you enjoy. And stick to it.”

Listen to the brief NPR audio for an overview. And click on the image to access the full NPR article.

Read about this amazing 21-year-old. In a word, WOW!

Yesterday and today, we highlight two truly inspirational role models. One is 55 years old and battling lung cancer. The other is 21 years old with long-term heart issues. Neither has let their health problems slow them down. Bravo!!!! 🙂 🙂 🙂 🙂 🙂

Stevie Wisz is a 21-year-old who plays on the UCLA women’s softball team. And she has had to battle heart issues virtually her entire life. Nonetheless, this is one highly motivated young woman. Quit or give up is not in her vocabulary.

Stevie’s story is an uplifting one that will also draw a tear from readers. Anyone who does a blanket job criticizing today’s young adults through stereotypes such as lazy and unmotivated, needs to rethink their view.

Here are the highlights of Stevie Wisz’s story, as reported by Wayne Drehs for ESPN:

At one year old, “In San Luis Obispo, doctors diagnosed Stevie Wisz with aortic stenosis, the severe narrowing of the aorta as it branches out from the heart. Stevie’s aortic valve was one-sixteenth the size it should have been. With such a narrow passageway, much of the blood her heart was pumping was leaking back into the heart chamber, meaning her heart had to work that much harder to pump blood throughout her body.”

“Wisz would eventually need open-heart surgery to save her life. But the doctors suggested postponing the surgery as long as possible to allow the heart to grow closer to its full size. They would keep an eye on Wisz through regular checkups. Over the next several years, she lived like many other little girls, competing in soccer, basketball and track. In a fourth-grade track meet, she remembers running as hard as she could but finishing a distant last. ‘That was the first time I remember thinking I was different,’ she said.”

“Over time, the blood leaking back into her heart went from a mild problem to moderate to severe. By the summer of 2006, after fourth grade, doctors said it was time for surgery.”

“Now 21, Stevie Wisz has reached a point where her heart is 100 percent reliant on her pacemaker. If the pacemaker stops, she collapses. The leakage in her aorta is again severe. And yet she’s a Division I athlete who every day tries to push her body to its own unique limits. In last year’s Women’s College World Series, she leapt at the fence to rob Florida’s Janell Wheaton of a go-ahead home run. In April, she made a face-first, diving catch on a sinking liner against Cal, preserving a 1-0 UCLA victory. ‘You have to understand,’ Kylee Perez said. ‘Stevie isn’t someone who is just going to give up.’

“Each day that passes this spring, each victory that draws the Bruins one step closer to the Women’s College World Series, brings Wisz’s college playing career closer to an end — and closer to yet another open-heart surgery. She had circled the dates for months now. June 3-5 is the championship series, a destination UCLA has not reached since winning its most recent national championship, in 2010. June 13 is the day Wisz will walk across the Pauley Pavilion stage and receive a bachelor’s degree in biology from UCLA. And then June 21, one week later, she will head into another operating room for another attempt to solve the problem she has fought since that first checkup when she was 1.”
STEVIE, WE’RE ROOTING HARD FOR YOU THROUGH YOUR SURGERY AND LONG-TERM HEALTH.

Click the image to read more about this INCREDIBLE young woman. She is the epitome of the human spirit — and what we can accomplish if we push ourselves.

Today and tomorrow, we highlight two truly inspirational role modelss. One is 55 years old and battling lung cancer. The other is 21 years old with long-term heart issues. Neither has let their health problems slow them down. Bravo!!!! 🙂 🙂 🙂 🙂 🙂

Isabella de la Houssaye is a stage-four lung cancer survivor who chooses to live life every day. And then some!! She makes the rest of us look like slackers for not doing what we set out to achieve. LOL.

Here are the highlights of her story, as reported by Rebecca Byerly for the New York Times:

“Isabella de la Houssaye raised her five children on adventure. Then came a brutal diagnosis, and a burning desire for a final journey with each one. For two decades, Isabella, 55, an outdoors enthusiast, longtime mountain climber, veteran marathoner, and triathlete, and her husband, David Crane, a top financier in the energy industry, have raised their five children, who all use the surname Crane, on adventure. These excursions, like riding horses from Siberia to the Gobi Desert, often with no one but their mother, led them to extraordinary athletic feats.”

“When Isabella’s lung cancer was diagnosed, in January 2018, she was not sure if she had months or even weeks to live. Bedridden and in excruciating pain with tumors in her pelvis, spine and brain, she qualified for a trial treatment and was prescribed two anticancer drugs that alleviated the pain and blocked the spread of cancer cells. The treatment is usually effective for 18 months, then the patient often deteriorates.”

“As her strength returned last year, she made plans to go on adventures — maybe the final ones — with each of her children, ages 16 to 25. There were lessons she wanted to share with her children about grit, persistence and mindfulness. In April 2018, she hiked more than 500 miles of the Camino de Santiago, a medieval pilgrimage route in Spain, with Oliver. Then, last June, she ran a marathon in Alaska with Cason. In September, she, her husband and three of their children finished an 80-mile ultramarathon in Kazakhstan. A week later, she and her son David completed a full Ironman — a triathlon consisting of a 2.4-mile swim, a 112-mile bicycle ride and a 26.2-mile run — in South Korea.”

In January, she and Bella, her third child and only daughter, traveled to Argentina to conquer Aconcagua. Technically, Aconcagua is a relatively easy mountain because it doesn’t require ropes, ice axes, or climbing skills. But it is a two-week climb that requires sleeping in freezing tents while withstanding subzero temperatures and brutal winds. Isabella, significantly weakened by chemotherapy and weighing less than 100 pounds, knew this mountain was going to inflict its pain and push her and her daughter to the edge. That was the point. This trek was an attempt to deliver a few essential lessons to her daughter while she still could, including the acceptance not only of life’s triumphs, but its woes — ‘joy and suffering alike,’ she said.”

Click the image to read more about this AMAZING woman. She is the epitome of the human spirit — and what we can accomplish if we push ourselves.

We need YOUR support to find a cure for this deadly disease. Thanks.

I am a VERY blessed four-year survivor of pancreatic cancer. After this amount of time, I am among the only 5-7% of those with PC who is still alive. The fatality statistics for those afflicted with PC are truly staggering.

Here is the link for Team Joel: https://events.lustgarten.org/team/232854

This year, I will be walking on October 6, 2019 in the annual Lustgarten Pancreatic Cancer Research Foundation walk on Long Island. If you want to walk with me, I welcome you to Team Joel.

Whether or not you can do the walk, please make a donation. 100% goes directly to research. Not administrative expenses. A donation of ANY amount would be greatly appreciated. 😊

At Lustgarten, “Thanks to separate funding to support administrative expenses, 100% of your donation goes directly to pancreatic cancer research. We are the only pancreatic cancer organization that can make this claim. The Lustgarten Foundation meets the highest standards established by Charity Navigator, the Better Business Bureau (BBB) Wise Giving Alliance, and GuideStar. In fact, we have received a 4-star rating from Charity Navigator for ten consecutive years, which only one percent of charities evaluated have achieved. We are a fully accredited charity with the BBB Wise Giving Alliance and have a platinum transparency rating with GuideStar.”

Thank you. You have my full gratitude.

Joel, a very lucky pancreatic survivor striving to give back!!!!!

P.S.: You can also click on my image to go to the Team Joel page.