Have you given up yet? LOL

For a humorous look at fulfilling New Year’s resolutions, check out the three images below. 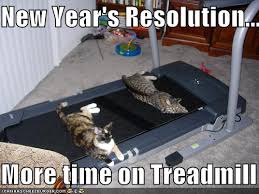 When we’re feeling down, we need something that will make us chuckle.

Here is a very fun video featuring a little kitten who runs on the beach and  swims. The kitten is adorable. And the video will give you a short reprieve from what is troubling you.

How often do YOU look online to diagnose yourself based on various symptoms? I plead guilty to doing this. Is this a helpful approach?

As Kyle O’Brien reports for The Drum:

“The Internet has become the first source of healthcare information for many people. But self-diagnosis can lead to plenty of misinformation, as a spot for North Memorial Health humorously shows.”

“The Minnesota-based healthcare provider enlisted agency BrandFire to compile some of the stranger ailments people think they have after they’ve Googled their symptoms. The spot, titled ‘Symptoms,’ features people discussing the seemingly frightening results with a North Memorial Health doctor who reassures them that their symptoms are not as scary as the Internet has led them to believe. One man is convinced he has scurvy, another bubonic plague while another is convinced he has ‘Himalayan Mountain Syndrome.’”

“The commercial explains that, ‘Searching your symptoms online is scary but our doctors aren’t.’ It’s meant to show that trusting a doctor is a lot more reassuring than taking a stab at Internet diagnosis.”

One of the things that I’ve found over the years is that a sense of humor can really help. Here are a few funny (maybe) quotes. Hopefully, at least a couple will make you laugh. 🙂

These quotes are from Cancer ABCs: [actually, they’re mostly groaners.]

Top Ten Ways To Know You Are A Cancer Thriver