“TED is a nonprofit devoted to spreading ideas, usually in the form of short, powerful talks (18 minutes or less). TED began in 1984 as a conference where Technology, Entertainment and Design converged, and today covers almost all topics .”

Through its Web site, New Retirement shows 10 Ted Talks that give advice about retirement:

“You want to have a better retirement. But how do you get there? You could spend hours researching the latest science behind happiness, personal finance and investment theory, and health research. Or you can take a few minutes to watch the best TED Talks related to retirement.”

Would you believe Alaska is ranked first?

Last month, we pointed out the best community in each state in which to retire. Today, we look at how the states themselves rank as places for retirees to live.

According to Michael B. Sauter, reporting for 24/7 Wall St.:

“As the baby boomer generation continues to age, millions of Americans are due for retirement. Every day, about 10,000 U.S. residents turn 65. However, a record number of people 65 and older remain in the workforce because of financial insecurity. The number of seniors who continue to work has more than doubled since 2000.”

“Many seniors do not have the luxury of choosing where to spend their retirement. This could be because they depend on younger family members or because relocating costs too much. Those who choose to exit the workforce and rely on their savings, pensions, and social security face different financial burdens depending on the state where they spend their golden years.”

“In one state, a retired couple can live comfortably on $36,000 a year. In another state, the same standard of living costs as much as $56,000. A person who retires at 65 and lives 20 more years could need an extra half a million dollars for living expenses depending on which state they are in.”

“To determine what it costs to retire in every state, 24/7 Wall St. reviewed annual expenses at the state level. We then reviewed data from the Economic Policy Institute’s Family Budget Calculator for a couple 65 or older with no dependents, which measures the income a family needs in order to attain a modest standard of living at the metropolitan level. Using differences in budgetary needs between the average American and residents 65 and over, 24/7 Wall St. calculated the average annual retirement costs by state.”

Where’s the best place to retire?

Yesterday, we looked at the kinds of free services available for seniors. Today, we consider the best places to retire. These are both important topics for many of us.

In December, we examined the best states in which to live. Below, we specifically consider the best locales for people to live in retirement.

Recently, 24/7 Wall St. did research on this very issue. It was important enough to be reprinted in USA Today. As  noted by Thomas C. Frohlich for 24/7 Wall St.:

“Americans spend decades preparing for retirement, which is seen by many as a well-earned break following nearly a lifetime of work. According to the National Institute on Aging, by 2030, 20% of the U.S. pop will be comprised of elderly Americans, climbing from 15% in 2015.”

“The most common reason for retiring is the desire to spend more time with family, followed by the desire to do something different, health issues, and dissatisfaction with work. Other reasons have less to do with personal preference, and more to do with factors related to aging and location. Because of the medical, social, and financial consequences of entering old age, life can change dramatically in retirement. While retirees are among the least apt group of Americans to be poor, they typically rely on fixed and reduced incomes, and the cost burdens of housing and medical care, in particular, tend to go up substantially.”

“To identify the best place to retire in every state, 24/7 Wall St. created an index of 17 health and economic factors in U.S. counties and areas considered equivalent to counties by the U.S. Census Bureau, including parishes and boroughs. Only counties where the 65-and-over population grew at least as fast as the nation and was larger than the national average were considered.”

Below is one of the best places to live, Plumas County, California — along with the highlights of why it is a great spot for retirees. CLICK HERE  to see the full list by state.

Having a retirement investment strategy.

To answer this question, take a look at the following video and 99 retirement tips from Fisher Investments.

Retiring well is the plan.

With the beginning of 2019, I have embarked on the next stage of life. For me, that means retirement from my full-time profession. For 44 years, I was a professor (the last thirty, a distinguished professor). But I am not retiring from life. And there are several things I plan to do in the future.

While at the Zarb Business School of Hofstra University for all of those 44 years, I had a very rewarding career. I was extremely involved in the three pillars of academe: teaching undergraduate and graduate classes; engaging in scholarly research; and providing service to my department, my school, and to the university overall. Along the way, I was fortunate enough to also co-author two leading textbooks that were used worldwide and that went through many new editions. And I was lucky enough to be recognized with a teacher of the year award and four dean’s awards for service to the business school.

But, I realize that at this point that I want to move onto the next phase of my life. As this blog has noted before, I do not intend to “throw away” any days. And I want to live life every day. This is a time for reflection — both keeping my positive memories as well as striving to build new ones.

It was essential for me to retire while healthy enough to enjoy my next series of adventures. I will NEVER forget how lucky I am to be a pancreatic cancer survivor who celebrates four years post-surgery next month.

So, where am I going in this next chapter? 🙂

These are my priorities, with more to come: 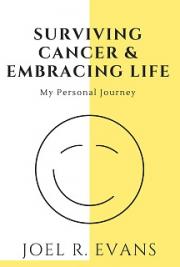 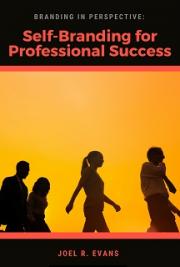 And more to come!!